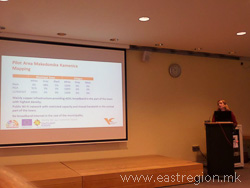 In the frames of South East Europe Transnational Cooperation Programme, PPP4Broadband project partnership has been working for two years for developing new tools for South-East Europe territories with no or very weak broadband internet coverage. It is proven that broadband gap has a negative impact on economic growth and social cohesion.

The work has come to its end and results were presented during the PPP4Broadband Day on 9the December 2014 in Brussels, in the heart of Europe.

PPP4Broadband was one of the few projects that has ICT development in the focus. Organizers chose Brussels for the venue of the Conference in order to reach the more representatives possible from the European administration and to present them how effectively the European financial sources were spent. The project was very ambitious from the very beginning and partners had to face difficult conditions but by now it has turned out that hard work and strong awareness creation have resulted in some changes in national ways of seeing ppp construction and even in changes of some national legislation. 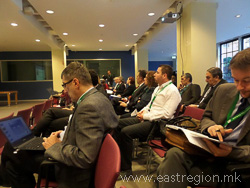 9 PPP4Broadband models were developed and tested in pilot regions. Highly promising conversations started between partners, public and private actors which showed that the process is working and sooner or later, ppp-idea will have its place not only in broadband development but at any sector. In rural areas, like Ajdovscina, Slovenia, traditional activities (agriculture, textile) can be turned into new, high technology sectors, as new directions of development.

Risks can’t be forgotten: improper preparation of feasibility study, improper technical specification or procedure for public procurement can be points where the ppp investment can fail. For proper implementation of the design phase of a ppp broadband investment, supporting knowledge infrastructure, National Centers of Excellence were set up and are operated in each participating country.

Transnational Closing PPP4Broadband Days 2014 were hosted by the Belgian Development Agency in its modern conference room. 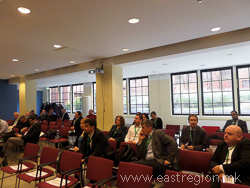 Mrs. Anna Krzyzanowska, Head of Unit for Broadband Policy, European Commission, told that the digital single market and broadband infrastructure are among the top priorities of the new commission, this is also reflected in the structure of the missioners. „Broadband drives competitiveness, creates jobs” – she told and also showed the present situation and the way forward in broadband development.

Mr. Jan Kubalik, Agency for Innovation and European Cooperation, gave the participants a well structured overview of the project’s central result: developed models were proved to be working and further plans can be built on the achievements.

Mr. Florian Damas, Director Public Affairs, Alcatel Lucent presented successfully implemented broadband development cases and also gave a future outlook based on the experience of Alcatel Lucent. It is sure that broadband, and ultra-broadband even more will become the new universal infrastructure enabling fundamental changes across sectors.

All PPP4Broadband pilot actions were then presented by the responsibles of these actions.

New financial instruments were discussed during the panel discussion and the future outlook was given jointly by Jan Kubalik and Mrs. Anna Krzyzanowska.