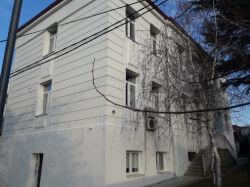 The aim of the project was through joint efforts to contribute to raising public awareness in all spheres of the importance of climate change and improving the environment by reducing greenhouse gas emissions. During the realization of the project through a series of different and attractive activities contributed to the acquisition of new knowledge for the successful utilization, conservation and management of natural resources and thus the improvement of the overall quality of life of the population in the cross-border region. 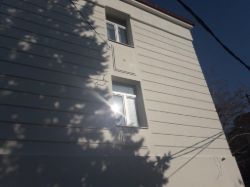 We are witnessing that today's unsustainable use of energy has serious implications not only primarily for households but also for wider international relations.

One of the key activities of the GREEN project was the reconstruction of obsolete administrative buildings in the Municipality of Kocani and the District Administration Blagoevgrad, R. Macedonia. Bulgaria, where high electricity consumption was recorded.

In 2016, during the preparation of the project application, the Administrative Building of Kocani Municipality for 2016 consumed 141.933.60 Kwh of electricity. Since May 2017, the project completely changed the external carpentry (windows and doors) of the building with PVC material, installed a new roof on the old part of the administrative building and installed a thermal insulation facade. In the meantime, the Municipality of Kocani completely replaced the lighting with LED lamps and in the period from 2015 to 2018 replaced all old thermal ovens with panel heaters. The result for 2019 electricity consumption 45.402.57 Kwh.

The solutions adopted have reduced electricity consumption by more than 30 %. 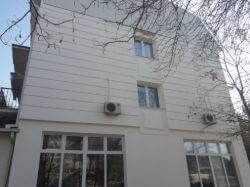 In addition to the reconstruction of the two administrative buildings, the GREEN project also launched a campaign to raise the awareness of the population to build green infrastructure, which in addition to being positive for the environment, has a positive impact on the citizens' budget, and more thematic workshops, the youngest involved in the activities, a GREEN web portal as well as a Regional Energy Efficiency Strategy were developed.

All the above is sufficient proof that the GREEN project is just another successfully implemented project of the East Planning Region Development Center.