Press conference for the Project CREATIVA in Republic of Bulgaria 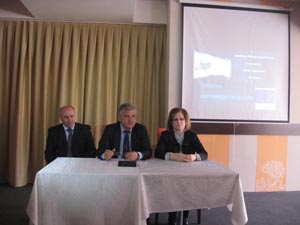 On 18th March 2014, at the hotel "Nevrokop" – Municipality Gotse Delchev, Republic of Bulgaria, was realized press conference for the project "Networking between multimedia centers in the cross-border region – CREATIVA".

The purpose of this press conference was to inform the public and target groups with the project "Networking of multimedia centers in the cross-border region" and the activities that will be undertaken as part of it, and the results which will be realized.

The coordinator of the project at the Bulgarian side, Mr. Ivan Botushev, presented the objectives and activities of the project "Networking of multimedia centers in the cross-border region – CREATIVA". 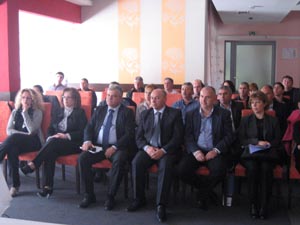 Satisfaction of this project was obvious to all audience. Also, there were twelve participants from the East planning region. 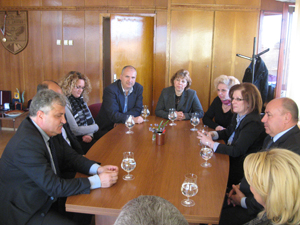 During this first press conference,  the guests expressed gratitude to the Centre for Development of East Planning Region and the municipality of Gotse Delchev, for the efforts that are provided to assist creative individuals, intellectuals and small and medium enterprises that operate in ​​creative industries in both cross-border regions.

Before the first press conference of project CREATIVA, there was official reception by the Mayor of the municipality of Gotse Delchev, Mr. Vladimir Moskov, where the Head of Centre for Development of East Planning Region, Mrs. Dragica Zdraveva and Mayor of Municipality of Stip, Mr. Zachariev Ilco, where also present.