Official handover and commissioning of the renovated and refitted facility “Turkish Bath” in Gallery, municipality Vinnitsa 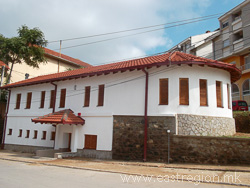 Centre for Development of East Planning Region and Municipality Vinnitsa on January 22, 2015, officially opened the refurbished and refitted facility “Turkish Bath” in the Gallery for promotion of  archaeological, cultural and ethnic features of the East Planning Region – the result of the project “Promotion the wealth of “differences” and preservation of cultural and historical heritage in the function of regional development”. In the newly opened multifunctional cultural center, on the ground floor is placed Gallery (for organizing exhibitions), and provide space for the presentation and exhibits from the archaeological site, Vinica Kale Fortress. This section appliances an office for on-line video surveillance of Fortress “Vinica Kale”. At the top floor is prepared a hall for meetings, seminars and workshops that will be put into operation and use of the municipality, NGOs, businesses and other institutions of East planning region, and two double rooms, which in the future will serve to accommodate the guests of the municipality, smaller delegations, artists and other guests in the East planning region. 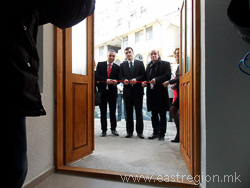 From the former “Turkish baths” which were completely ruined, the Centre for Development of East Planning Region and Municipality Vinnitsa supported by the Ministry of Local Government and Regional Development Bureau, build a multipurpose facility, 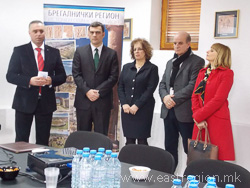 Multi-Cultural Center, which is of great importance for the East Planning Region . The official opening was attended by the Minister of Local Government, Lirim Shabani, Director of the Bureau for Regional Development Dzemail Elmazi, head of the Center for East Planning Region, Dragica Zdraveva, and the mayor of Municipality of Vinnitsa. 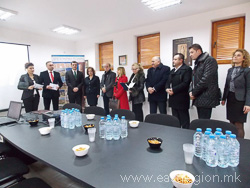 The total project budget is 3,410,921.00 denars, which 3,000,000.00 funds assigned Ministry of Local Government and Regional Development Bureau of the Republic of Macedonia, through programs for balanced regional development, and other 410,921.00 denars funds provided from the budget of the municipality of Vinnitsa. 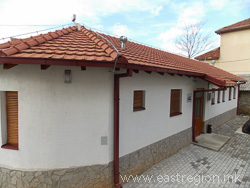 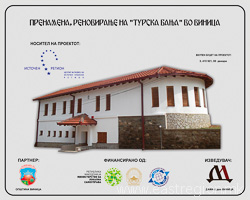 The project was successfully completed in a period of 4 (four) months.