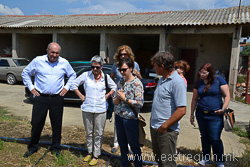 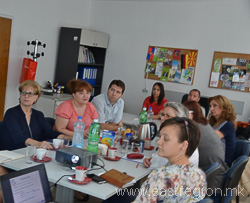 Visited was a pilot project for sustainable production of rice, which is realized within the PPP on an experimental plot of rice producer Jordanco Levkov in municipality Cesinovo-Oblesevo, were presented expectations in terms of reducing the consumption of water by using drip irrigation and reduced use of the chemicals in the production of rice. Also, Ambassador Tejada had the opportunity to visit the teaching apiary at the dam town Kocani and to get acquainted with the preliminary results of the activities to support young beekeepers. 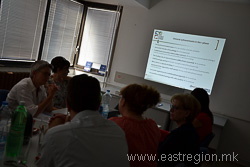 In addition, during the visit of Kocani by President Dimitrov presented the results of other projects implemented in the region and Kocani with the support of the Swiss Confederation: Draft Spatial Plan for EPR, study and strategy for tourism development in EPR, analysis of biodiversity EPR, Editing Falls dam Gratce, energy efficiency kindergarten Pavlina Veljanova branch 4, Building wastewater treatment plant effluent in Kocani, trail klukajdrvcheto of Ponikva, Rehabilitation of damages from floods on Orizarska River, Tourist info center Ponikva and more. 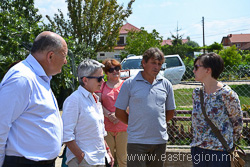 Within the working trip to the region, the ambassador visited Zrnovci, where the mayor Stankov presented the results of the projects implemented by the municipality of Zrnovci and associations Javor and Movement for Sustainable Development: Protecting and promoting group sycamore trees in s.Mororodvis – declared a natural rarity, preservation of agro biodiversity in Zrnovci. 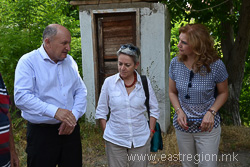 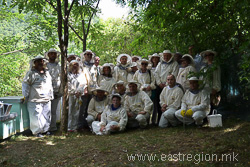