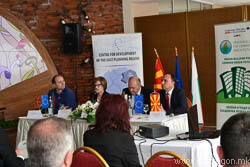 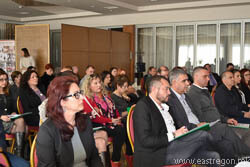 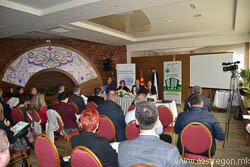 The press conference addressed the importance and significance of the project: 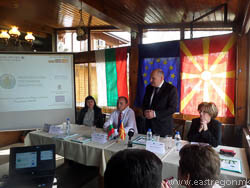 The project will be implemented in the region of Blagoevgrad, Bulgaria and the East Planning Region, Macedonia. Project activities are aimed at environmental protection and sustainable use of natural resources in the target border region. Target groups which will be covered by the project are young people aged 10 to 17 years, representatives of municipalities and district administrations, representatives of NGOs and private sector, employees in the Municipality of Kochani, the Center for Development of East Planning Region and District Administration in Blagoevgrad.

The project will implement a series of activities on both sides of the region with open opportunities for networking and open discussions on common issues and perspectives in the field of environmental protection.

The activities envisaged under the project before the audience present, Coordinator of the Bulgarian part of the project GREEN, Ms. Assiya Velikova in more detail explaining the activities such as: 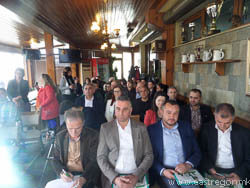 The project promotes cooperation and innovative practices related to the protection and preservation of the environment through the use of new technologies and measures in the course of implementation, exchange of experiences and best practices between the two regions.

After the official part of the press conference was followed by a broad discussion about a subject that deals with project and told the representatives of media from Blagoevgrad and the East Planning Region.

The deadline for implementation of the project is October 2018.